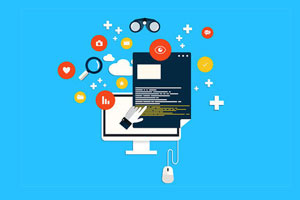 linux is an operating system derived from Unix ( an inspiration from Free software movement) with more than 300 distribution. It has unique code customization feature which enable user to alter the kernel system as per application/project demands. Kernels are made in such a way that failure of one part of code will not affect rest of kernel code, highly modular. There is complete protection between user and kernel space where less risk in user code to affect overall system performance. Most important it is open source we can use it and alter without spending a penny.

Linux is a multi-billion dollar industry with companies and government around the world. Linux has its mark from wrist watch to super computer running in NASA grid. Every years it is growing by 10$ billion market revenue since from 1991. More than 85% of could companies were running on Linux because to its remarkable scalable features also there is huge platform migration from AIX/Solaris to Linux, because of its kernel stability, customization and open source feature. Even giants like Microsoft, oracle and Amazon are investing billion dollar in creating their own version of Linux to support their business. Many companies are saving millions of dollar by simply migrating their platforms to Linux. As per the report there is continuous lack of linux skilled member with respect to job demands.

What we do at Real Time Experts for Linux?

Basent has real time IT professional as a trainer who has more then 8 years of IT experience. Apart from regular course we provide hands on real time industry training and on demand technology which are add on to the regular course. We will provide FastTrack training for Redhat exams.

Whom do we train?

The course is suitable for developer, freshers and students who like to pursue their carrier as DevOPS or Linux Administrators.

There is wide job opening for Linux administrator. Most companies have invested almost one fourth of their investment in Infrastructure management where linux plays vital role. In 2016, its been foresee that more than 1 million job will be created on Linux Iaas. Datacenter based companies like amazon , google and Facebook are planned to start their own datacenter in India ( Those companies purely into linux opensource ).

We will train the candidate to clear certification with our specialized exam training program and assist in finding job in IT industries. Along with linux training , we are provide training for version control tool , application hosting , amazon web cloud management , Linux monitoring tool , basic perl and chef configuration tool.

Fill this form to get complete
Linux Course Information.